Will Apple, Samsung production targets be hit this year? 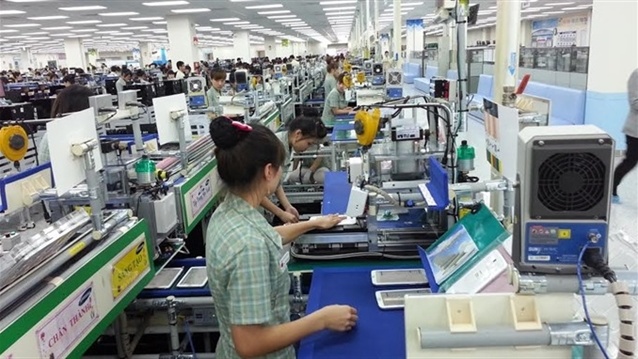 Last month saw Covid-19 cases zoom in India, and because of which production of smartphones at Apple assemblers like Foxconn and Samsung’s own unit in Uttar Pradesh were hit.

And just as these companies were scurrying to make alternate arrangements to keep up with their shipment targets, which included ramping up their output in Vietnam — their main production base now — things have taken another turn for worse. Or so it seems.

Now, there is an uptick in the number of Covid-19 cases in Vietnam, and the local government is issuing tough guidelines on commuting in places like Bac Ninh Province, which as it happens houses Samsung factories. It must be noted here that Samsung units are also suppliers for Apple.

Many factories have split its workforce over two shifts or operating  below capacity to allow for easier social distancing and employee management.

But as lockdown measures are set to kick in, supply chain industries of tech industries in Vietnam fear missing production targets. This development, of course, puts huge pressure on Apple and Samsung, and raises questions whether they can meet their shipment numbers this year.

If Samsung and Apple are unable to stick to their targets, it can have a cascading effect on the entire industry, analysts say.

Foxconn, Luxshare, which are well known names as assemblers, also have units in Vietnam. And aside from Samsung and Apple, Chinese smartphone companies like Xiaomi, Vivo, Huawei and Oppo also source electronic parts from factories here.

The Vietnamese government, understanding the importance of keeping running these factories, has suggested to the companies to try and provide ad hoc accommodation to their workers at their site or nearby location. The on-site sleeping arrangements for workers can help operations to continue while containing the virus.

But these companies are finding it tough to find such locations or make such arrangements in the numbers as needed. “It is not easy to immediately secure temporary shelters for tens of thousands of people, including local partners, so there are concerns that operations and supply may be disrupted,” the local media reported.

It is not just Apple or Samsung. LG, which is operating production lines for home appliances, mobile devices, and auto parts in Hai Phong, is also finding the going tough.

Although the situation is not as urgent as in Bac Ninh Province, things are not all that hunky-dory at Ho Chi Minh city, too. It is here where Samsung produces TVs and home appliances. The company is closely monitoring the provincial government’s guidelines while operating its factories normally.

Samsung and suppliers to Apple have also been asked by the Vietnam government to secure Covid-19 vaccines for their workers at the factories.

But if the situation persists, Vietnam could lose the manufacturing gains it has made amid the US-China trade war.