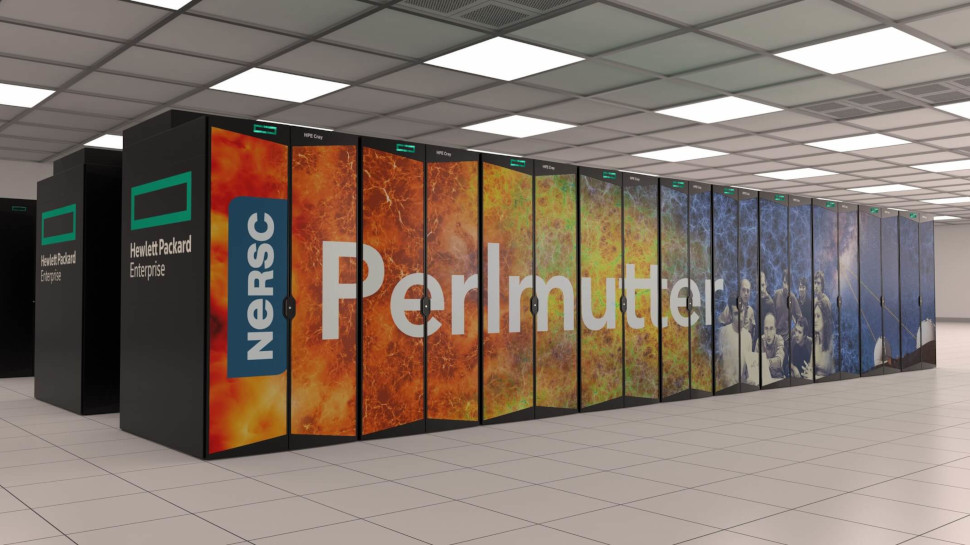 Nvidia has fired up a new supercomputer said to be the fastest in the world for AI workloads at the National Energy Research Scientific Computer Center (NERSC) in California.

The supercomputer is named after astrophysicist Saul Perlmutter and will initially be tasked with building the most ambitious 3D map of the universe ever seen, utilizing the 6,000+ Nvidia A100 Tensor Core GPUs on board.

In its current state, Perlmutter is capable of delivering almost four exaFLOPS of AI performance, which Nvidia says makes it “the fastest system on the planet on 16- and 32-bit mixed-precision math AI uses”. Its performance will be bolstered further as part of “phase two”, with the introduction of a second tranche of CPU cores.

Once the system is complete, it is expected to fall within the top five supercomputers in the Top 500 rankings, which assesses overall performance using the High Performance Linpack (HPL) benchmark.

According to Nvidia, more than 7,000 researchers will put the Perlmutter system to work and tens of applications have already been readied with the goal of advancing astrophysics and climate science.

“In one project, the supercomputer will help assemble the largest 3D map of the visible universe to date. It will process data from the Dark Energy Spectroscopic Instrument (DESI), a kind of cosmic camera that can capture as many as 5,000 galaxies in a single exposure,” explains a blog post from Dion Harris, Nvidia HPC & AI Product Marketing Lead.

“Researchers need the speed of Perlmutter’s GPUs to capture dozens of exposures from one night to know where to point DESI the next night. Preparing a year’s worth of data for publication would take weeks or months on prior systems, but Perlmutter should help them accomplish the task in as little as a few days.”

The hope is that the universe map, once complete, will help researchers learn more about dark energy, the force behind the ever-accelerating expansion of the universe. The discovery of dark energy in 2011 earned Saul Permutter the Nobel Prize.

Other projects set to run on the Perlmutter machine have similarly ambitious goals. A number of them will make use of the unique qualities of the Tensor Cores in the A100 to simulate interactions between atoms, which has previously been next to impossible.

This work could prove revelatory in the field of materials science, by potentially uncovering ways to develop more efficient batteries, biofuels and the like.

Google Nest Cam 2021 release date, price and everything you need to know

Putting the office at the center of hybrid work