Huawei P50 wasn’t unveiled today, but we’ve just had a glimpse of the design 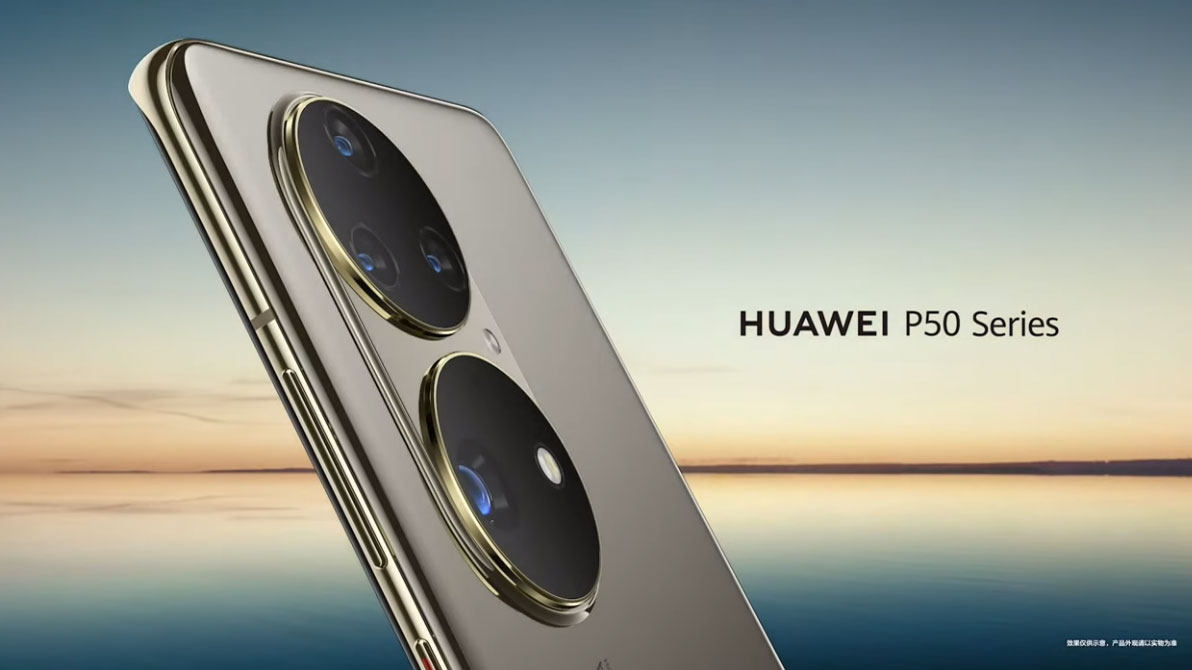 The Huawei P50 wasn’t unveiled during the HarmonyOS 2 launch today, but the company did provide our first look at the upcoming phone with a teaser trailer looking at the rear of the handset.

We’ve seen similar imagery in previous leaks, but this is the first time we’ve seen the Huawei P50’s design confirmed by the company itself.

A short trailer during the announcement revealed a few angles of the Huawei P50, but most of them focused on the rear of the phone, and specifically the company’s new large camera blocks on the back of the handset.

As you can see in the image above, the company has changed its design language for its next handset with some remarkably large looking circles on the rear of the phone, housing fairly large camera lenses. The top circle houses three lenses, and the bottom looks to include one particularly big lens along with a flash.

We’ve yet to officially find out any specs, or why those cameras are going to be so big – though it’s rumored that at least one of them will use a 1-inch sensor, which would explain it. In any case, this tease suggests a big focus on the camera, which is normally a highlight of Huawei phones.

The company said the handset will “lift mobile photography to a new level” but there weren’t any more specifics.

Huawei Consumer Business Group CEO Richard Yu said, “I’m speaking of the Huawei P50 series that is supposed to be launch this spring. It is a sheer beauty with an ultra-thin and lightweight design and an iconic design language.

“For reasons you are aware of, a launch date has not yet been set but we are trying to figure out how to make this product available to you.”

We should expect to hear more about the Huawei P50 in the coming months. It’s likely that the handset will come running the company’s new HarmonyOS software, but that has yet to be confirmed.

Today Huawei unveiled a whole host of new gadgets, including the new Huawei MatePad Pro 12.6 and the Huawei Watch 3 alongside its new software announcement.

Nintendo’s E3 event will be ‘focused exclusively’ on Switch games