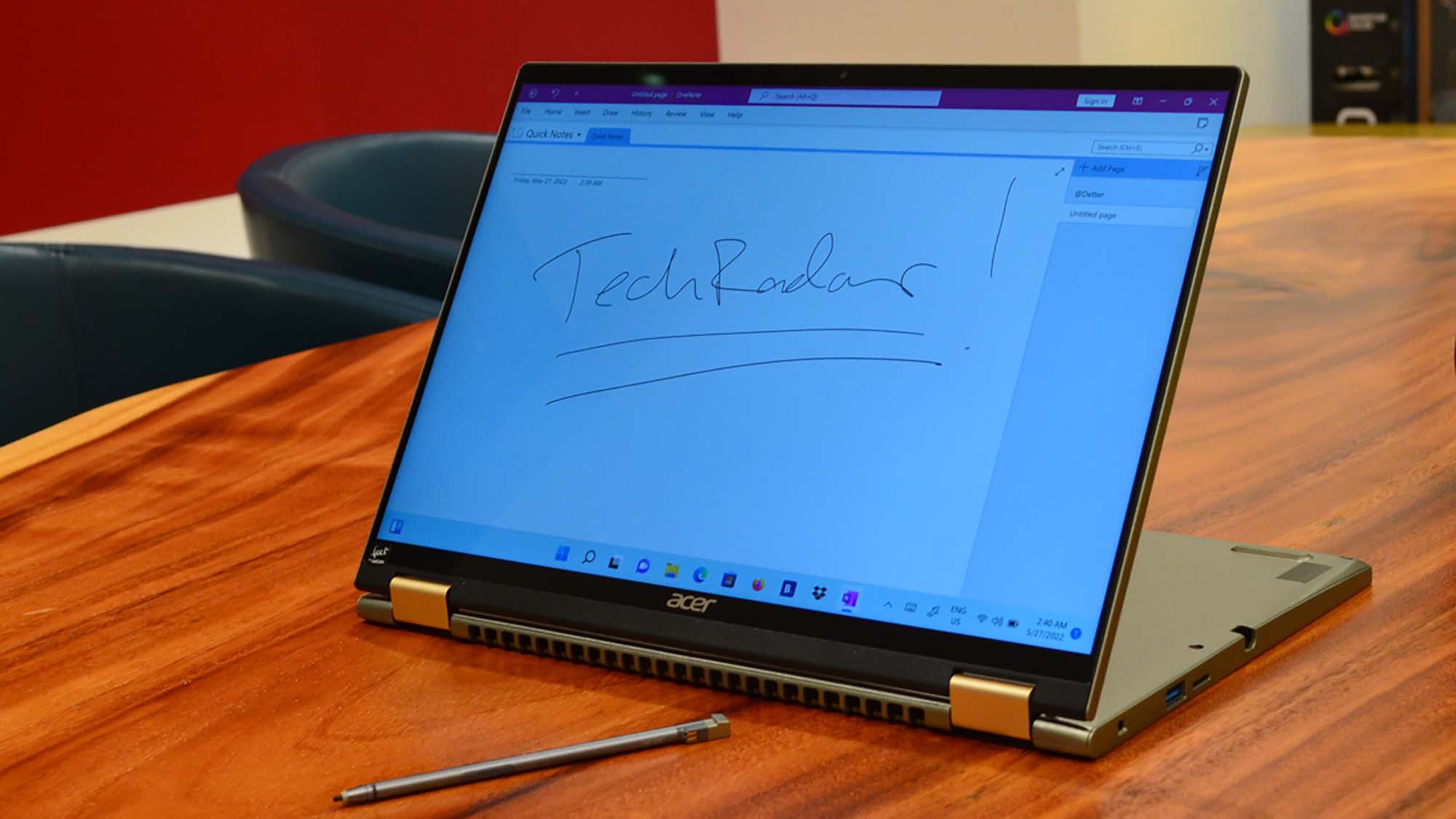 The Acer Spin 5 (2022) follows up one of the best 2-in-1 laptops around and from what we’ve seen so far, it will definitely carry on the Spin 5 legacy.

We previewed an early pre-production unit of the Spin 5, so we’ll have to see an actual production unit before we can comment specifically on its performance metrics vis a vis its predecessor or its competitors. Still, with that said, the new Intel Alder Lake processor is definitely a snappy little CPU that chews through productivity tasks and general computing work with ease.

As far as the design goes, the preview unit we received is a fairly utilitarian product that doesn’t put a whole lot of emphasis on premium aesthetics, nor should it. But we also don’t expect a whole lot to change on that note, since the Spin 5 has never really been particularly flashy, and that’s ok. There is a place in the market for a 2-in-1 laptop that just does exactly what it needs to do at a great price, and the Spin 5 certainly occupies that niche very well. Once we get more details on the production units later this year, we’ll be able to say whether it prices itself out of it, however.

That’s not to say that the Spin 5 isn’t a well-designed product. It’s a pretty solid laptop in terms of construction and it’s comfortably lightweight. It doesn’t run too hot and there are plenty of ports, which is good to see especially considering how thin the laptop is.

The 16:10 display is great for notetaking with the included stylus, which has its own garage on the side that both secures it with the laptop while also charging it.

The Wacom stylus is a bit small, so if you’re looking for a more pen-like option, you might have to provide your own. Still, we definitely think the trade-off is well worth it for the security that comes with having a place to both store and charge the stylus with you on the go.

The webcam is full HD and the display is sharp and clear, though not necessarily bright enough to use outside on a particularly sunny day. The keyboard and trackpad are comfortable, so it’s definitely a laptop that you can use for a few hours without issue.

The screen is also pretty responsive to the stylus, which features 4,096 pressure levels with tilt detection, making it good for both note taking and light sketching work on the go. With up to 16GB LPDDR5 and topping out at a Core i7 CPU, you should be able to run Adobe Photoshop and similar without too much issue, though there is only so much you can do even with the best 2-in-1 laptops.

This would definitely be a in-transit solution to get some basic design work started during your commute than a full-fledged replacement for a creative workstation at home or the office. The 16:10 display doesn’t hurt though, and it makes for some easier note taking than you’ll find with a 16:9 2-in-1 laptop.

This is a step back, in our opinion, from the Acer Spin 5 (2020), which had an aspect ratio of 3:2 so it was even better for this purpose, but 16:10 might be a better compromise for those who need the wider display ratio but don’t want to feel like they’re being hemmed in while taking notes.

We’ll be interested to see how the final design of the laptop shapes up, but even if nothing else changes, there is a lot to appreciate about this 2-in-1. As a back-to-school item especially, the Acer Spin 5 (2022) is shaping up to be a great choice for anyone looking for more power than a Chromebook can provide but who doesn’t want to spend a fortune on some flashier enterprise 2-in-1s, though business users will definitely get their money’s worth with this one.